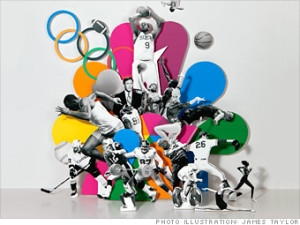 Throughout the summer you can catch all the big sporting events on the big screens here at The Dubliner – Irish Bar & Restaurant. Enjoy the rugby, cricket, golf, cycling and football live at our fully conditioned bar here in Ladadika at the heart of Thessaloniki.

The Rugby Championship sees New Zealand, Australia, South Africa and Argentina battle it out over the summer for the crown of the Southern Hemisphere’s best rugby team.

The Ashes series sees England take on Australia in a continuation of the most storied Test series in cricket. Australia won a crushing victory Down Under last time out, can England now take revenge on home soil.

In golf the British Open starts this weekend and Europe’s only major is due to be hotly contested. Ireland’s own Rory McIlroy represented Europe’s best hope of stopping the runaway Jordan Spieth but the Scottish terrain has come a cropper for much more experienced players than the 21 year old American.

The Tour de France is already well under way in its annual jaunt through the French countryside. What better way to enjoy the action in Thessaloniki than with a nice cool pint and some of the best European style food to be found in the city.

And of course staying true to our Irish heritage you can find all the summer’s GAA hurling and football action live and in great quality. The Dubliner Irish Bar & Restaurant is the closest you’ll get to Dublin outside of the real thing itself. So for a true taste of Ireland right here in Thessaloniki be sure to drop in for a pint and some food and catch all the summer’s sporting action live at The Dubliner.

GAA from 2.30pm
Football Round 3B Qualifier (TBA)